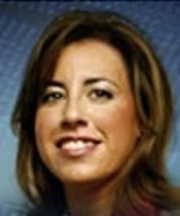 Jennifer J. Maertz is an experienced litigation attorney admitted to practice law in the State of New York, the United States District Courts for the Southern and Eastern Districts of New York, and she is registered with the U.S. Immigration Courts.

She is a graduate of St. John's University, Touro Law School, and has received an MBA with distinction from New York Institute of Technology. Jennifer has regularly appeared for court and arbitration hearings in matters involving landlord tenant disputes, insurance law, mortgage foreclosure, personal injury, consumer debt, Surrogates Court matters, and more. Jennifer served for over ten years as an in-house trial attorney, representing a major insurance carrier. In that capacity she conducted over four hundred trials..

In 2016 Jennifer was added to the roster of public securities arbitrators for the Financial Industry Regulatory Authority (FINRA).

She is an active volunteer in her community as the former President of the East End Women's Network, as a board member of the North Shore Youth Council helping provide opportunities for local youth, and other not-for-profit activities. She is also a regular commentator on Long Island News Radio.